The Night of the Magical Christmas Hare

T’was the night before Christmas and all through the warren,
Not a bunny was stirring Grandpa Rabbit lie snorin’.
The juniors all snuggled together in their nests,
And labored to stay still at their mothers’ behest.
The stockings swayed from branches of the tree by their lair,
Awaiting the arrival of the Magical Christmas Hare.

The shadows fell softly as the night wrapped around,
A peaceful stillness settled in and the bunnies bedded down.
A heavy snow was now falling and the bows now hung lower,
It seemed time began to move ever slower and slower.
The air then fell silent in the cold winters chill,
And the earth kept her vigil, as time then stood still.

When a rustling broke the still and the quiet of night,
From overhead it befell us so it caused quite a fright!
Then came a light thumping we could barely hear,
So we listened much tighter, we perked up our ears!
On this white night of wonder bathed in light soft as fleece,
Our eyes fell upon the Magical Christmas Bunny and his nine white snow geese!

These geese seemed to shimmer in the new fallen snow,
Their eyes seemed to twinkle; their down seemed to glow.
What a message from heaven they and this hare must bring,
Like the stardust that sparkles upon their great wings.
As he tended his winged team with hugs and with treats,
We marveled at the size of this bunnies feet!

And much more magical than any sleigh ever built,
The geese pulled this bunny on a flying Christmas quilt!
Each square carefully sewn but not quite by hand,
But by paw, hoof and feathered wings from all over the land.
Bound together with magic to dazzle the eyes,
And help messengers of the Christmas Spirit to fly!

He returned to his quilt and then hopped to the back,
And pulled with great might at an over-flowing sack.
It was filled with toys musical that made Christmas bells ring,
Fit for Knights Queens and Lords and the mightiest of Kings.
I spied one gift I thought was surely a rose,
A closer look revealed a toy reindeer with a big shining nose!

He filled up our stockings each and every one,
With treats and toys with frolic and fun.
Then suddenly he turned and to our surprise,
He began to speak and with a twinkle in his eyes, he said:
“The Spirit of Christmas lives for animals too!”
And with his ears he pointed, “it’s for you, you and you!”

“It’s for eagles and whales from snails to my geese,
In the brotherhood of creatures we must all live in peace!”
Since bunnies spend so much time running in fear,
These wise words of kindness were so good to hear.
” We are all a great family and each plays a part,
Bringing meaning to our lives and warmth to our hearts.”

He said; “This message is important so lend me your ears,
You must help it live on throughout the year.”
“When the days turn from cold to warmer and sunny,
As a reminder I will send my friend Easter Bunny.”
Let the spirit of ALL seasons be “peace on earth,
As flowers bloom in the spring with the meadows rebirth.”

Then he returned to his magical quilted night-flyer,
The geese spread their wings and flew higher and higher.
His voice echoed through the stars as they twinkled in the night.
“Merry Christmas to all and to all a Good Life!”
We sat in stunned silence we wanted so him to stay,
But knew he would return in a year to the day.

Legend says when the snow falls so heavy that the passes are filled,
He comes to visit the silent little souls that live in the hills.
And in this setting pure and white as a dove,
He fills us all with warmth by the glow of his love.
So whether it’s delivered by geese or reindeer,
The meaning of the season is alive and clear……

It’s a message from the heavens, it’s the dust from the stars.
It’s a mission of Peace on Earth that is ours.

Original drawing of the Mentch family bunnies by Courtney Murphy

My Poetry – Make a Selection 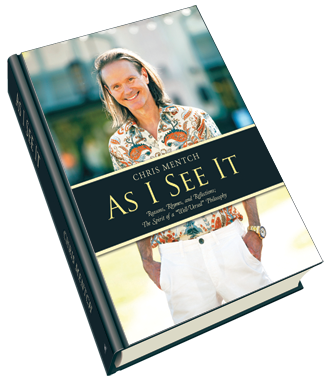